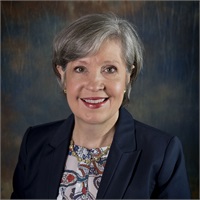 Cathy Bagby founded Bagby Wealth Management along with her husband, Mike. In 1984 they opened the doors to the business, an independent branch office with Mike as a registered representative. In 1994, Mike and Cathy established Bagby Investment Consultants now known as Bagby Wealth Management. She serves as the firm’s Director of Financial Operations, where she oversees the firm’s financial and accounting records and practices. Cathy works closely with the firm’s principals and associates to maintain compliance with both firm-level and the industry high standards across all record keeping, accounting, audit and reporting practices.

Prior to the inception of the business, Cathy spent a year and a half in the accounting department of Angelica Uniform Group, a subsidiary of Angelica Corporation in St. Louis, MO. She previously attended Southeast Missouri State University where she earned a Bachelor of Science degree in Business Administration with a major in Accounting and a minor in Computer Science. She also holds an Associate of Applied Science degree in Computer Science from Southeast Missouri State University.

Cathy remains very active in and outside of the office, managing two family farms and volunteering her time and talents across a broad range of community, civic and not-for profit organizations and activities. She is a longtime member of the First Baptist Church, where she participates in a weekly morning bible study group. Her volunteer work with the church and community spans many years and a wide variety of activities, including serving on committees. In 2006 she served on the Dexter Public School Bond Issue Planning Committee for a $14 million expansion and renovation plan. She also served as a Girl Scout Leader for 10 years and a Cub Scout leader for six years.

Cathy has served two, 2-year terms as President of her local chapter of P.E.O., a philanthropic organization celebrating the advancement of women through education and mentoring. She has previously served two, 2-year terms as her local chapter’s Vice-President, as a chapter delegate for the state convention, and as a regional delegate for the international convention. Cathy is currently serving a four-year term on the P.E.O. Missouri State chapter membership committee and will serve as a chair during the 2018/2019 year.

Cathy and her husband Mike live in Dexter, Missouri and they have two grown children; son, Ryan and daughter, Britney with husband Adam. They also have one granddaughter, Gwendolyn.