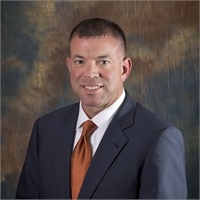 Ed Gargas joined our team as Sales Manager in 2014 and was appointed as Director of
Operations and Sales in 2015. He holds a Bachelor of Science in Business Administration from
Southeast Missouri State University, as well as a Masters in Business Administration from William
Woods University, and a Master of Strategic Studies from the U.S. Army War College.

Ed is a retired colonel having served in the National Guard for over 31 years. He is a combat
veteran of Operation Iraqi Freedom and has received four Army commendation medals and many
other awards for his performance and service. Ed's assignments in the military have included:
brigade commander, brigade operations officer, battalion commander, battalion executive officer,
battalion operations officer, division engineer, and company commander.

As Director of Operations and Sales his greatest strengths are his drive, leadership and the ability
to thrive on challenges. His responsibilities at our firm range from developing sales (both retail and
institutional) and expanding our sales department, to driving company growth, marketing and firm
operations.

In addition to his experiences in the banking and insurance industries, Ed has served as Project
and Marketing Manager for KMC Construction/ServiceMaster and as Regional General Manager
for NewWave Communications. Most recently Ed has been appointed to the Board of Regents at
Southeast Missouri University. Ed is a member, and serves as a deacon, of the First Baptist
Church in Dexter as well as the Dexter Chamber of Commerce and numerous community
organizations. He and his wife Tina have one son, Nate.